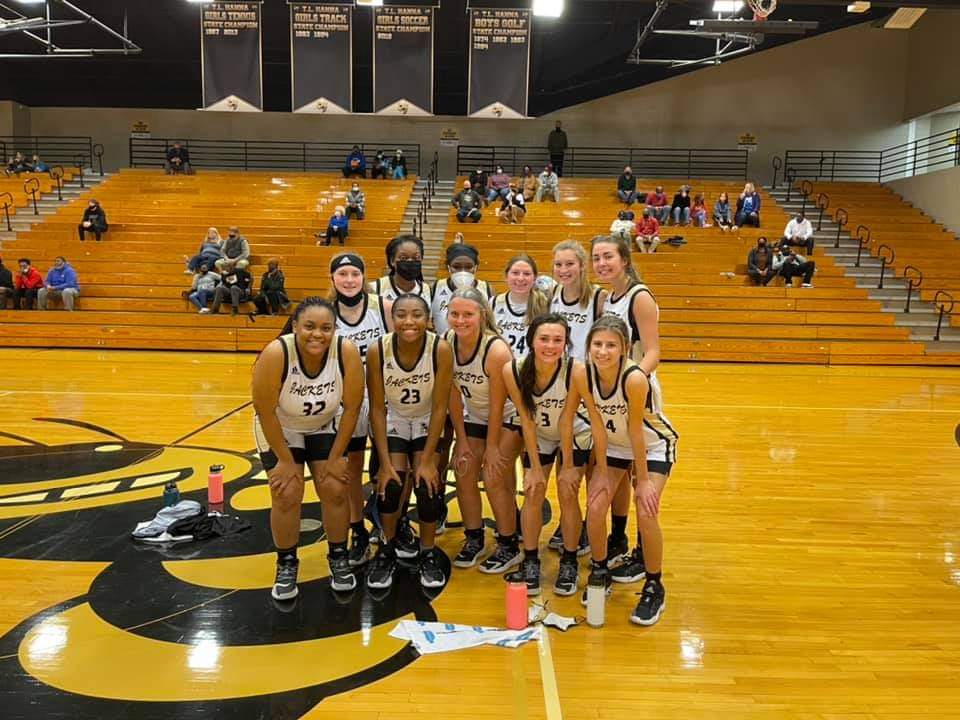 Hanna Girls Basketball earned the Friday Night victory over the Mauldin Mavs 39-37. The girls played very well on the defense end of the court holding Mauldin to just 18 points through three quarters of action. The Mavs found some offense in the fourth but the Lady Jackets came up with some big stops in the final 90 seconds to hold on for the win.

TLH was led in scoring by senior Alexis Glover who had 17 points. Sophomore Abby Woods knocked down three three-pointers and finished with 13 points. Sophomore Grace Ikenegbu led the Jackets in rebounding with her third straight game grabbing double digit rebounds.