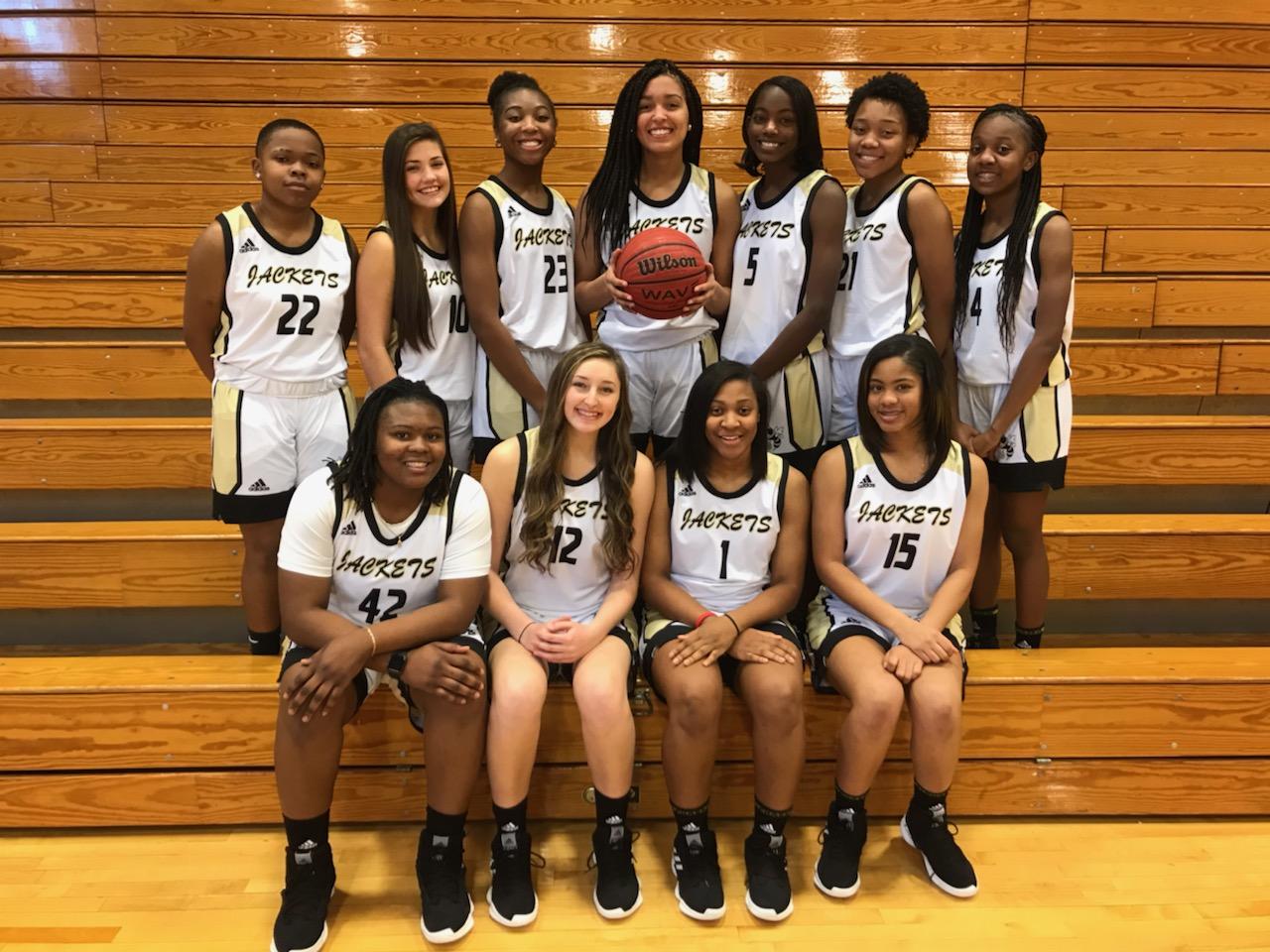 The Lady Jackets season came to an end Friday Night with a 12 point playoff loss at top-ten ranked Nation Ford.

This season will be remembered by how close the girls came together on and off the court over the past four months. Despite only having 1 senior, Hanna finished the season with a 19-7 overall record. This is the second most wins in a single season by a Hanna Girls team in over 25 years (21 wins in 2016-2017). The Lady Jackets finished second place in the region with a 10-4 record behind Woodmont.

Highlights from the season included a tournament championship at Jackson County Georgia in November, a 10-1 home court record, recognizing junior Maleia Bracone for eclipsing the 1000 pt career scoring mark, winning 10 out of 11 games during a stretch in January and many others. The Lady Jackets thank everyone for their support this season and look forward to the future.