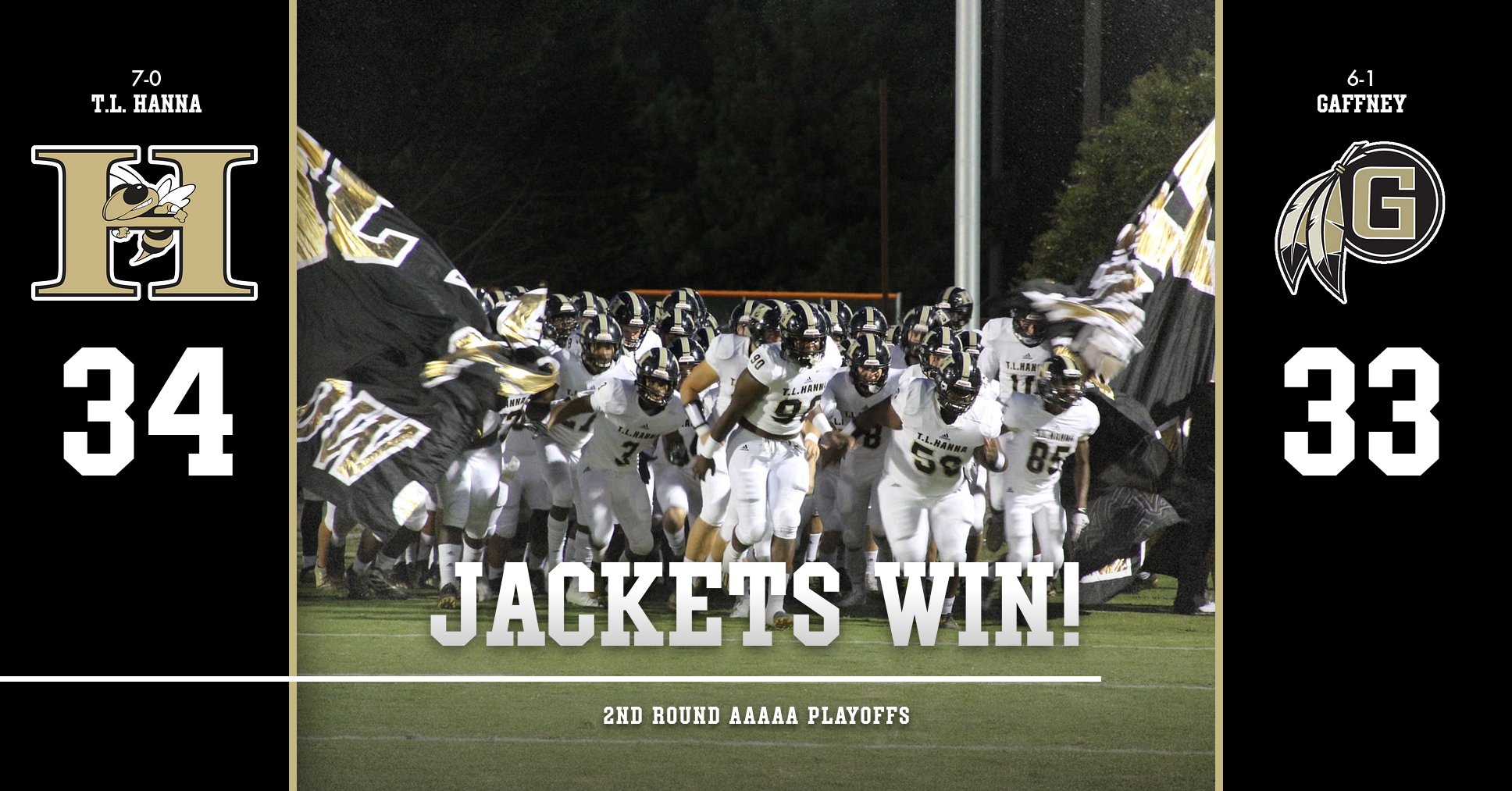 Up 34-13 heading into the 4th quarter, T.L. Hanna appeared to be coasting to a win. Rarely does that happen in the playoffs at Gaffney and the Indians showed why in less than 3 and a half minutes. Rattling off 20 points, the Indians botched an extra point try. The Hanna offense, which rushed for 466 yards, picked up where they left off. Bulldozing their way down inside the 5 before kneeling on the ball to run out the clock.

The Yellow Jackets will travel to Northwestern next Friday for the Upper State Championship.