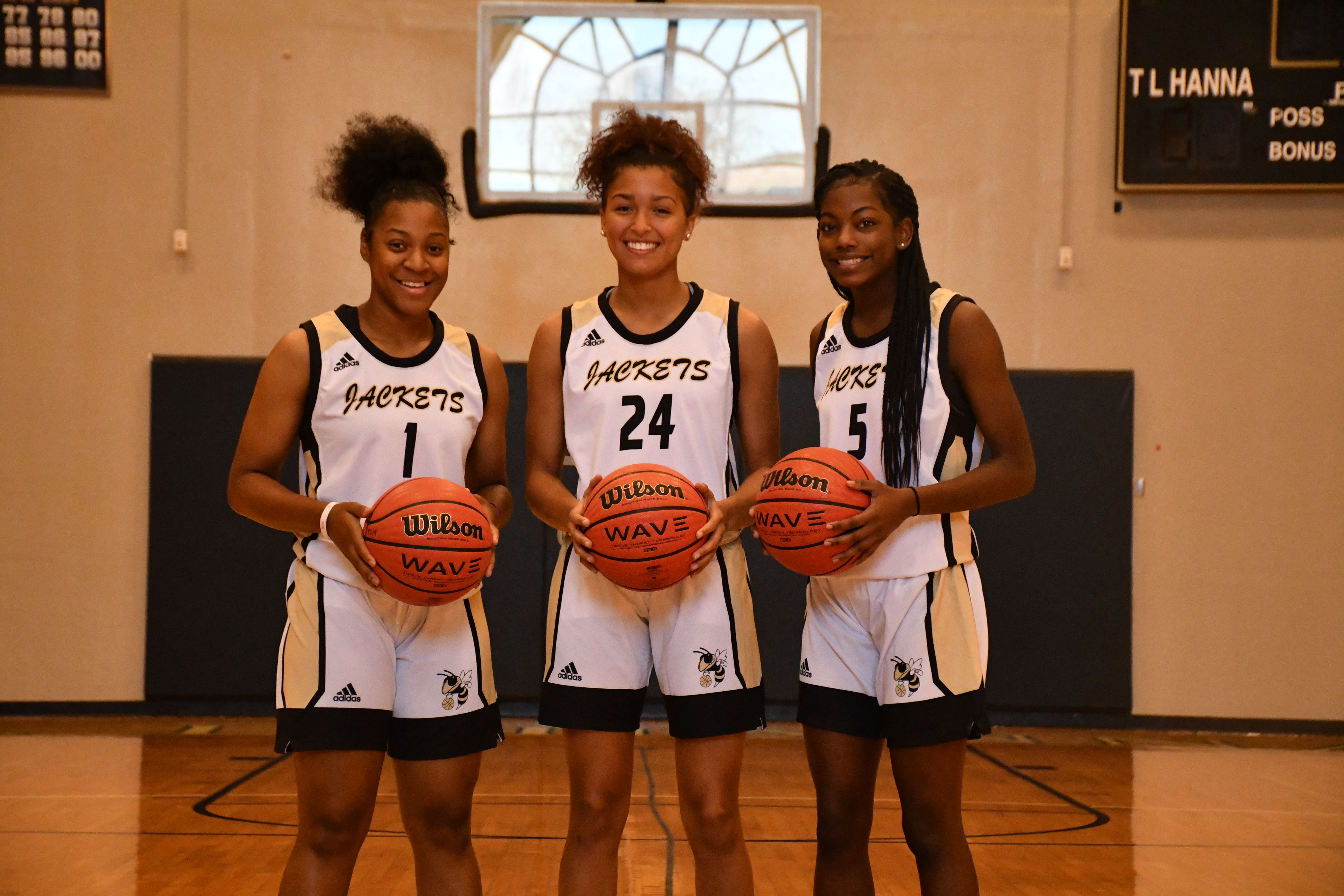 Congratulations to three amazing seniors! Each of them has been in the program for at least four years and these girls have had a tremendous impact for TL Hanna Girls Basketball in their careers. They are the winningest class of seniors in thirty years. Below is the senior night announcement for each player (Deasia Marshall, Carmen Chandler and Maleia Bracone).

#1 Deasia Marshall
This is Deasia’s fifth year in the girls basketball program. She played for Glenview as a 7th and 8th grader, then played JV, and now Varsity the past 2 seasons. Deasia has been huge for the varsity girls team this year rebounding the basketball. She has over 125 rebounds this season; and she has had double digits rebounds in six games. In the Championship Game at the Greenville Thanksgiving Tournament Deasia had a double-double with 11 points 13 rebounds to help lead the team to the championship win.
After graduating, Deasia plans to attend Tri-County Technical College where she will study Business Administration and then transfer to a four-year college. Thank you Deasia for a great career!

#5 Carmen Chandler
At Hanna, Carmen is involved with the Beta Club. This is Carmen’s 4th year as a member of the varsity girls basketball team at TL Hanna. She earned All-Region honors as a sophomore and junior. Over the holidays, Carmen was named to the All-Tournament team at the Bluffton Holiday Classic. In her career, Carmen has hit 2 game winning buzzer beater shots (against Wren her sophomore year and this season in the championship game at the Greenville Thanksgiving Tournament). Carmen has scored over 600 points, grabbed over 400 rebounds and has over 250 steals in her four years on varsity. She will be remembered for her outstanding work ethic and for how hard she plays each and every game.
Carmen is undecided on her college plans as she is currently being recruited to play basketball by several schools including Lee’s-Mcrae, Erskine, Bob Jones and Converse. She would like to study Communications and Communication Disorders in college.

#24 Maleia Bracone
Maleia is very involved at TL Hanna. She is a member of the National Honor Society, Beta Club, Friends Without Borders Club, Interact Club and she is the Senior Class President for Student Council. This is her 5th year as a member of the varsity basketball team where she has been a starter since 8th grade and a three-year team captain. Maleia was named Region Player of the Year as a Junior. She was named All-State as a junior and as a sophomore. She is a 3 time All-Region player. Maleia has scored 1,860 points in her career. She has over 700 career steals and over 450 career rebounds.
After graduation, Maleia will attend Presbyterian College on a full athletic scholarship where she will study BioChemistry. We wish her the best at PC and we are thankful for all she has done for TL Hanna.