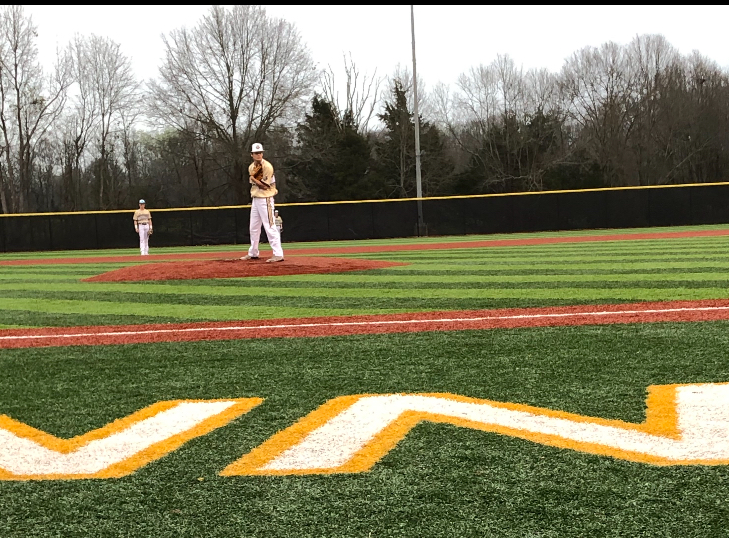 The T.L. Hanna struggled to contain the high-powered offense of Blythewood, giving up ten runs.

Blythewood got things moving in the first inning, when Lucas hit a solo homer.

Blythewood scored three runs in the fourth inning. The offensive onslaught by Blythewood was led by Stokes and Harman, all driving in runs in the frame.

Ben Blackwell was the winning pitcher for Blythewood. He went three innings, allowing one run on two hits and striking out six. Camden Watts and Watson Saunders entered the game out of the bullpen and helped to close out the game in relief.

Grant Cohen took the loss for T.L. Hanna. He lasted one and two-thirds innings, allowing five hits and four runs while walking one.

Lucas started the game for Blythewood. He surrendered zero runs on zero hits over one inning, striking out one and walking one

Blythewood tallied two home runs on the day. Lucas had a dinger in the first inning. Stokes had a four bagger in the fourth inning.

Mac Stuckey went 2-for-3 at the plate to lead T.L. Hanna in hits.

Blythewood collected 11 hits. Harman and Lucas each managed multiple hits for Blythewood. Harman led Blythewood with three hits in four at bats. Blythewood didn’t commit a single error in the field. Colin Jones had seven chances in the field, the most on the team.

“Powered by Narrative Science and GameChanger Media. Copyright 2020. All rights reserved.” Any reuse or republication of this story must include the preceding attribution