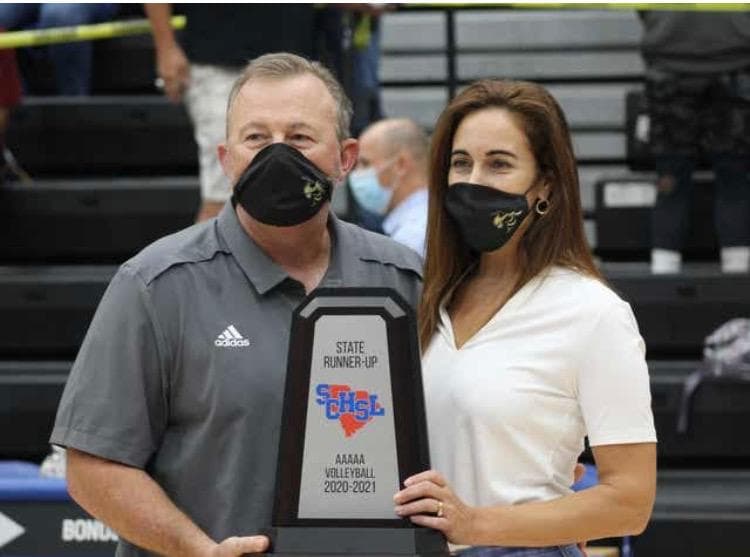 The TL Hanna Volleyball team ended a historic season by a thrilling 5 set match in Columbia vs Wando in the 5A State Final. Wando took the first set 25-17 then Hanna responded by dominating the second and third sets 25-17 in both sets. The fourth set was close but Wando held the lead 25-22 as well as the fifth set 15-11.

The Yellow Jackets swept all matches through playoffs, defeating Blythewood, Nation Ford and Dorman all in straight sets at home. This is the first time the volleyball team has ever competed in a state championship match. They finished 29-3 for the season, winning both of their regular season tournaments and first in region for the 6th year in a row. Coach Easton also reached 300 wins at Hanna this season. We are proud of the team for their many accomplishments!