Now that the season has come to an end, postseason honors are rolling in for the Boys Basketball team who finished with a 19-8 overall record.

Senior Ja’heim Handy was named to the All-State team.  Handy finished the season averaging over 12 points per game.  He averaged 6 assists and 6 rebounds per game.  Handy had a season high 31 points against region foe Wade Hampton and he scored in double figures in fourteen games this season.

Another senior, Avery Jones, was named All-Region in Region 1-5A.  Jones averaged 9 points per game and 4 rebounds.  He scored a season high 20 points in a win on the road at Laurens this month.  Jones shot 80% from the FT Line this season. 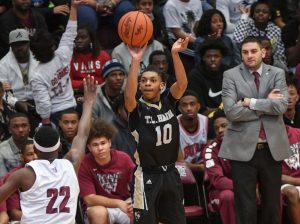 Sophomore James Lavorn also made the All-Region team.  Lavorn averaged 15.4 points per game.  He scored over 20 points in five games this year; including a season high 26 against Easley in January.  Lavorn connected on 69 three pointers this year. 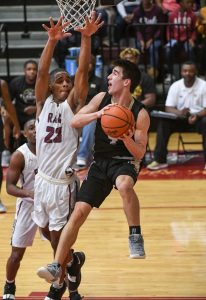 Congrats to these students-athletes along with Coach Arrington and the entire team on a successful season.